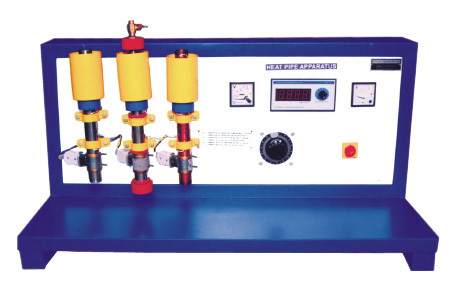 It is a super-conducting device and involves the transfer of heat by boiling and condensation of a fluid and hence transfer of heat takes place under nearly isothermal condition. In this apparatus the comparison of heat pipe with the copper pipe as good conductor of heat and with the stainless steel pipe as same material of construction is made. It consists of three identical cylindrical conductors In respect of geometry. One end of these is heated electrically while there are small capacity tanks acting as heat sinks at the other end. The unit consists of a heat pipe a copper pipe and a stainless steel pipe. Temperature sensors are embedded along the length to measure the temperature distribution and the heat transfer rate is noted in terms of the temperature rise in the heat sink tanks. 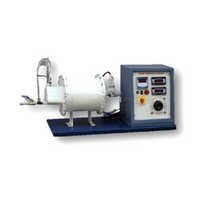 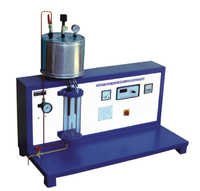